Monastery of Santa Clara a Velha – this monastery is intricately linked to the beloved Blesed Queen Isabel of Portugal. This monastery symbolizes this important historical figure, not only to Coimbra, but all of Portugal.

Quinta das Lágrimas – Owes its name to the misfortunate love affair between the Lady Inês de Castro and the prince D. Pedro (later king). This romantic tragedy ends with Lady Inês’s brutal murder at this very place. The “Fonte dos Amores” (Fountain of Love) has a long documented history, back to shortly after her death, in legend, this fountain spurted from the tears she wept in fear of her killer. At this moment it is integrated into gardens where you can visit centennial tress, medieval and neogothic ruins, ancient water tanks and mini aqueducts.

The Penedo da Saudade (The Longing Cliff) – this park is a vantage point for a stunning view overlooking Coimbra, built in 1849, you can see the eastern part of the city all the way to the Mondego River, to the hills and mountains of Roxo and Lousã. Strongly connected to Coimbra´s cultural and academic life, you can find diverse vegetation and among this many commemorative plaques tied to academic achievements as well as poetry written by students dating back to 1855.

The S. Sebastian Aqueduct – this aqueduct dates back to a primitive Roman aqueduct that supplied water to the higher part of the village. The aqueduct we see now is the work done from the late 16th century, under ruling of the King D. Sebastian, with traces by the Italian architect Filipe Terzio. Utilizing the antique aqueduct and its path, it connected two hills – one where the Santana Monastery stood and the other where the Coimbra Castle was located – using the 21 arches to close the gap. The “rco de Honra” (Honour Arch) is phenomenal stonework, topped with a set of 2 sculptures representing Saint Roch to the north, and Saint Sebastian to the south. It was classified a National Monument in 1910.

Almedina Arch – This arch was part of the old city wall. At Barbacã Gate you will find a sculpture made by the French artist Jean de Rouen. The city of Coimbra had a defensive wall surrounding it, going bacl to the 16th century, with many guards’ towers along the wall. The Almedina Gate was one of the main entrances of the city.

National Pantheon / Santa Cruz Church – the Monastery of Santa Cruz is located in the parish of Santa Cruz de Coimbra. It was founded in 1131 by order of Canons Regular of St.Augustine and received the support of the first 2 kings of Portugal – tombs of whom you will find here.

Sub-ripas Palace – Made up of 2 distinct buildings, “Casa do Arco” (Arch House) and the “Casa da Torre” (Tower House), this palace has a magnificent Manueline door frame, dated back to the first half of the 16th century. It is worthy of appreciation, with Renassaince windows and detailed stone ornaments – work of Jean de Rouen, French artist, who had his workshops nearby.

The Patio of the Inquisition – this patio owes its name to the group of building, of historical and architectural interest, where the Holy Office of the Inquisition functioned from 1556 until it was suppressed in 1821. Besides these headquarters, this patio housed the early College of Arts. After excavation and alteration work, since 2003, part of the former college building has been used by the Visual Arts Centre.

Sé Velha (Old Cathedral) – this temple dates back to the 12th century and was opened for worship in 1184. It’s one of the most important Romanesque Roman Catholic building in Portugal. This project is attributed to Master Robert – a French architect, who was directing the building of Lisbon Cathedral at the time and visited Coimbra regularly. It resembles a small fortress, having high crenellated walls and only a few narrow windows.

Sé Nova (New Cathedral) – this new cathedral, was originally, the church of the Jesuit Formation House of Coimbra, established in 1543. In 1759, the Jesuit Order was banned from Portugal. The façade is divided into two distinct phases of construction and design. The interior of the cathedral, covered with barrel vaulting, has one nave with several lateral chapels and a transept with a dome and a cupola, and it’s pulpits in the centre of the church – an artistic conception against the reform.

Portugal dos Pequenitos (Little One’s Portugal) – opened on June 8th 1940, this is a recreational and educational park is a definite tourist attraction. Designed by Bissaya Barreto and Cassiano Branco, it represents detail to smaller scale, a wide range of architectural styles and monuments you can find throughout Portugal. This theme park, located on the outskirts of Coimbra’s city centre, is the oldest in the country.

Mealhada – For lunch you can delight yourself with the famous Bairrada suckling pig.

Atrium of the General Library

Baroque Library – the building of this library began in 1717, under the aegis of the king D.João V. It is the most famous library in Portugal, due to its unique style. Upstairs, the library has 3 rooms, interconnected by wooden arches, similar to the structure of the portal. The walls are covered with shelves lacquered in red, dark green and black with golden Chinese-esque decorations. Well within the baroque style, the ceilings are ornamented with optical illusion decorations. The over 300 000 volumes that are held in this “Library House” range from the 12th to the 15th century, namely works of medicine, geography, history, humanistic studies, civil and canon law, philosophy and theology.

Hall of Capelos (Sala de Capelos) – Presently this room is still used for the most important and solemn academic ceremonies, including solemn doctorates, “Honoris Causa (Honorary Degrees), the admission of new Deans and the official beginning of classes. Originally it was the Throne Room for the Royal Palace of Coimbra.

Weapons Room – the weapons room was part of the royal wing of the old palace. It features an array of weapons that belong to the Royal Guard Academy, that are still used today by the Archers in solemn academic ceremonies.

Private Exam Room – until the second half of the 19th century this room was where private examinations took place (which preceded the doctorate). On the wall you can see portraits of the 16th to the 18th century Deans. On the ceiling and over the doors, you can see the emblems of the different faculties. The overlay of blue and white ceramic tiles portraying tall vases with the decorative flowers, were made by local artisans in the 18th century.

Chapel of São Miguel – the building work of this chapel began in 1517, under the direction of the architect Marcos Pires. The façade has a manueline style door, with side access through a neoclassical door. Inside you can admire an imposing baroque organ from 1733, carved and decorated in the King D. João V Chinese-esque style. The walls of the nave are covered with tapestry styled tiles from the 17th century, while the tiles of the main altar are from the 18th century. The main altarpiece is in mannerist style dating back to 1605.

University Tower – for small groups - this monument is what best illustrates the university and academic spirit. Its watch has counted the seconds, minutes and hours of time studied, of youth and of lives that have passed and made Coimbra what it is today. Its bells have throughout the years, paced the study hours and the leisure hours – the students’ rituals. The construction of the existing tower, led by Gaspar Ferreira, began on April 17th, 1728 and concluded July of 1733. It was during the reign of the King D. João V that this project developed. From the top of the University Tower you can enjoy a magnificent panoramic view over all of Coimbra. 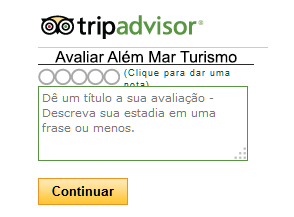